From curiosity to addiction, there is only one answer when it comes to the social networking 'phenomenon' that is Twitter... 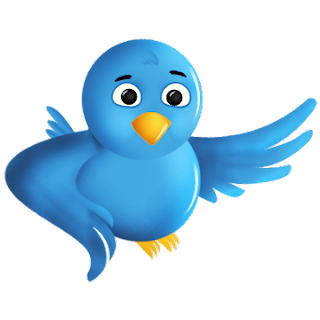 The first time I heard about Twitter I really wasn’t interested. I was in a lecture at university and, being an ardent hardcore Facebook loyalist at the time, didn’t feel the need to take up more of my time embarking on yet another social networking adventure. I mean, Twitter? What kind of name was that anyway?

The second time Twitter came up was during a guest lecturer in my final year of study with the irrepressible Janet Street-Porter. She mocked the site, calling it ‘unnecessary’ and a ‘complete waste of time’. I couldn’t agree more, but I had formed an opinion on something that I had never even looked at, which is highly out of character for me. With Janet’s uncompromising words ringing in my ears, curiously definitely got the better of the cat and I decided to have a look at what the fuss was about.

Before I knew it I had signed up. It took all of 12 minutes for me to select a username, password and write an uninspiring bio- but it took much longer to figure the damn thing out. Only 140 characters? How do you tweet other people? Ah, the @ button, I see. Which of my friends are on here? I didn’t fall gung-ho in the popular hobby of following as many celebrities as possible, I couldn’t care less what some American socialite surnamed Kardashian was having for lunch. That just didn’t float my boat.

At first I just didn’t see the point whatsoever. I started to link to my blog in a vain attempt to publicise my work further but to be honest I couldn’t see the benefit of having an account. That was until I’d nailed the whole hash-tag business. Initially post-uni, if I was writing about my football team, I’d sign off a tweet with #mcfc and, gradually, I began to gain more followers. In turn, I began to tweet more people and get to know and discover what it was all about. I finally got my head around the concept and began to interact in earnest.

A big positive I noticed was how quickly news spread on the site. I remember when Michael Jackson died I was watching it on Sky News and Twitter went crazy. All the trending topics consisted of words linked to Jackson and some of his song names. It’s always the same with any news; it’s a fantastic way of instantly sharing and spreading news as far and as quickly as possible. In that sense the site is fascinating. The reach is incredible; during the Japanese mega-quake, people were communicating instantly around the world, sharing stories of grief and horror. People were using Twitter to alert residents in Hawaii and other Pacific islands of the danger approaching.

For me, I also loved the football stories and rumours. A lot of sports journalists are on Twitter and it was interesting to see opinion when they broke certain stories. But it was also annoying when fans of clubs claimed to be ‘in the know’ and made their own false news stories. I became ‘friends’ with a lot of people, a variety of folk who I began to tweet not just to discuss Saturday’s game, but to actually show an interest in their life, hobbies and interests. I have met a plethora of people off the site, whether it was bumping into them at the football or in a pub, and I’m delighted to confirm that every person I’ve met has been really genuine, lovely and warm. There are people behind the usernames who are real and honest and for me that was quite reassuring and impressive.

At one point I have to admit that Twitter and I did embark on somewhat of a love affair. I found myself neglecting my Facebook account to share countless tweets with my followers and I’d quite easily spend a Friday night half watching a film and the other half tweeting while sharing a bottle of wine. I’d actually at one point become quite introvert and had started to neglect my relationship with my now-fiance. I was also feeling very awkward at people asking me questions regarding my job and fishing for so-called ‘insider knowledge’, people knew my situation and thankfully the vast majority respected that. There was always the odd one who thought that I was going to tweet him breaking news of Lionel Messi signing for a world-record fee at the football club I work at. Needless to say I value my career a lot more than that (of course, that’s entirely hypothetical).

Unfortunately, there were the occasional idiots, people who I like to refer to as ‘keyboard warriors’. Armed with nothing but a keyboard, mouse and narrow mind, this minority seem hell bent on upsetting fellow tweeters by launching constant bile and insults around the Twittersphere. I happened to come across a few of these unsavoury folk, who seemingly thought that they were invincible because a computer screen prevented their tiny brains and ignorance from being exposed. I was branded as ‘sensitive’ and ‘not liking it when somebody contradicts my opinion’ (I welcome opinion and a lot of my tweets often provoked that with glee, I just don’t welcome spite and malice. Some may tolerate it, I don’t).

In the end I tired of being virtually cyber-bullied by a handful of mindless morons who seemed to always be embroiled in a race to claim the title of being their football club’s biggest fan. Sorry but I have more to my life than that. I didn’t seem to be their only victim but I can happily report that I did emerge from that circumstance with my sense of humour firmly intact (contrary to popular belief- whoever thought that defending a colleague’s reputation meant lacking a sense of humour was seriously deluded). Some of my followers thought it was jealousy from the keyboard warriors, most agreed it was idiocy and bang out of order, but my over-riding feeling was that there is so much more to life than this. Plus, when you are getting slated for ‘unfollowing’ a friend who isn’t even a real friend in the first place (that’s a whole lot of friend), I think it verges on insanity and severe delusion.

I took a step back and removed my Twitter-blinkered spectacles to see the site for what it was in my eyes: an ambiguous world where popularity is gauged by how many re-tweets you can get, how many more followers you can gain by begging for more (please, I’m only 7 off 300!) and how often you can write about what you are eating for breakfast, lunch and tea. Questionable characters tweeting reality television-famed media whores asking for dates, footballers causing near-pandemonium by joining and then prompting a huge debate over whether it is actually the player in question (can you confirm if this really is our star striker? Can you? CAN you??) and polar opposite people seemingly trapped in thankless marriages flirting with each other to get their jollies. Yuck.

The spark had well and truly gone. Despite re-joining for a few days after my initial deletion, I decided that my Twitter days were unequivocally over. I’d been drawn into the social network phenomenon’s frantic vortex but somehow managed to find my way out. As the digital age is well and truly upon us, I decided that one social network is enough to keep up with the friends I miss and want in my life but who I don’t get to see as often as I like. In a way I miss the interaction and conversations I had with certain people on there, I’d encountered a couple dozen really lovely people and we’d regularly chat. But I also have just as lovely people already in my life and I’m discovering them and our friendship all over again- minus a computer screen.

Please for Christ sake please help me
I need your help and support to help PAY MY Tuition Fees. I need your only 3 to 5 minutes approximately

NOTE: Please only visit through Google or any search engine. Only ONE click is needed.
I will be grateful to you.
May God Bless You.