WHERE THE BRIGHTEST LIGHTS WILL NEVER GO OUT: LET'S HEAR IT FOR NEW YORK
In a one-off departure from my football writing and with the 10th anniversary of 9/11 looming, I've decided to declare my love for New York City in a two-part special. I want to celebrate the Big Apple and share my memories of my time spent there in November 2002, little over a year after the atrocities 9 years ago.

"When real people fall down in life, they get right back up and keep on walking."- Carrie Bradshaw. 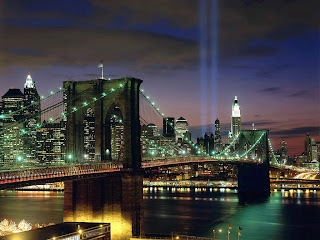 I have only ever been in love three times in my entire 29 years of existing. I’m still in love with those three things right now. I think it takes actually discovering what love means for somebody to realise what the definition of the word love truly is. The first thing I love is my fiancé Chris. The second thing I love is my football team. The third thing is love is New York City.

I’ve had a place in my heart for the Big Apple ever since watching Home Alone 2: Lost in New York hundreds of times. My love grew throughout Friends, Sex and the City, Gossip Girl and films of varying success (How to Lose a Guy in 10 Days, Going the Distance, Alfie, Sleepless In Seattle, Cruel Intentions to name a mere few). I knew it was love when I actually went to New York City itself and experienced firsthand what it was like: I was dazzled by its glittering bright lights, overshadowed by its intimidating skyscrapers, overwhelmed by its landmarks and mesmerised by its personality. I was instantly smitten- and have been ever since.

I refuse to write a morbid, macabre ‘tribute’ to New York on the 10th anniversary of 9/11. Instead, I feel inspired to write about the memories of my time there and what attracted me to the city that never sleeps, including my visit to Ground Zero. It’s my own way of saying thank you to New York, for being what it is and for refusing to dim its bright lights despite encountering its darkest days.

My Dad had offered to treat me and my Mum to a trip to the Big Apple for a few days of shopping and sightseeing ever since I was a young teen, so at the turn of the 21st century we began to look at dates and hotels. Unfortunately, 9/11 came along. The horrific events of that day didn’t deter our desire to go there and we booked to go just a year later, in 2002. I remember being on the flight from Manchester and seeing the famous skyline as we began our descent into JFK, I gasped and nudged Mum. She was just as thrilled as I was; Manhattan was there in front of us. Our journey was only just beginning.

Landing at JFK airport, we jumped into a waiting yellow taxi cab and headed to Manhattan. The first thing I noticed was our taxi driver- he was the image of Willie Lopez, the character out of the film Ghost. Prospect Place Willie. I was convinced it was until I found out that the actor who played Willie, Rick Aviles, had died six years previous to our trip. The resemblance was uncanny. As we journeyed through Williamsburg and over the bridge to Manhattan, I was entranced by our surrounding. I couldn’t believe we were finally here. I also couldn’t believe the mayhem when we reached Manhattan- the sheer amount of taxis, all beeping constantly, and the constant wail of sirens, was surreal. Our taxi actually crashed into another on the way to the hotel, but Willie Lopez simply drove off like it was a daily occurrence. Definitely surreal! I was in awe as we drove past Bloomingdales, Diesel, through the Mid-Town tunnel and headed up towards the Upper East Side. 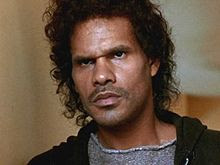 As a treat, Dad had booked us into the Waldorf-Astoria hotel, on Park Avenue. As we pulled up and entered the renowned building, I pinched myself. The hotel was truly incredible. It was luxurious and magnificent, we were completely overwhelmed. It’s only now I appreciate and realise just how lucky I was. It was the stuff of dreams. The receptionist explained that there may be some disturbances in the hotel as Jennifer Lopez was filming her latest film, ‘Maid in Manhattan’, there during our stay. The hotel doubled as a film set, anything seemed possible on this magical island. We headed to the room to dump our cases before heading out like giggling schoolgirls to explore the city. 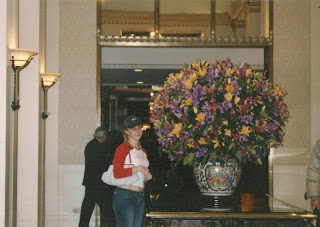 The reception in the Waldorf-Astoria

It was going dark outside so we jumped into a taxi and headed straight for the store made famous by Jennifer Aniston’s character ‘Rachel Greene’ in Friends, Bloomingdales. I was desperate to be a cliché and buy one of the ‘Little Brown Bags’, so we made our way into the department store and began to spend our dollars. On the way out, we noticed it had started raining so somewhere between the rain and the dark decided the best course of action would be to head back to our hotel for room service then start our real sightseeing the next day. We joined the legions of native New Yorkers and out-of-place tourists by trying to hail a taxi- and failed miserably. Just as our patience was starting to wear thin, up pulled a yellow cab and the door opened- to reveal actor Joshua Jackson exiting for Bloomingdales. This was a very big deal for me; Joshua played Pacey Witter in my favourite teen show ‘Dawson’s Creek’ and I’d fancied him since...well, forever. He had a black beanie hat and matching overcoat on and I stood open-mouthed as he passed us both. Even Mum recognised him and was gobsmacked! It was the cherry on our already wonderful first few hours in NYC. It was only the beginning. 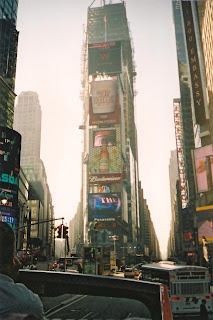 Throughout the night the sirens wailed and the taxis continued to beep and there was no let-up even when morning broke. But this was it- shopping time. Circa 2002 my fashion was heavily influenced by a certain Britney Spears, when I thought that wearing Miss Sixty leather trousers with Sketchers was actually deemed acceptable. I donned my finest and we headed for breakfast in the Waldorf’s brasserie, Oscar’s (eggs Benedict) then the exploring really began. Deciding to hop on a sight-seeing open-top bus, we started to take in everything that the city had to offer. The Rockefeller Centre, Times Square, Radio City Music Hall...it was all so magical and spellbinding. I hardly even noticed that it was November and we were sat on the top deck of an open-top bus freezing our unmentionables off! We jumped off the bus at Macys and spent most of the day in there, working our way through the make-up, the clothes, the shoes and having food in the Cellar. I bought my first MAC make-up that day (if you’re female, this is a big deal). We went from Macys to FAO Schwarz, the amazing children’s toy shop, to Tiffanys, the most mesmerising jewellers in the city. It was shopping heaven and both me and mum enjoyed working our way through our traveller’s cheques (remember those!) 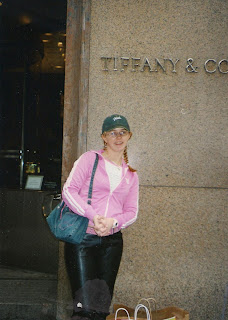 Not my best fashion outing! Outside Tiffanys

After a full day of being wowed by Manhattan’s famous stores and spending a vast amount of our money, we decided to retire for the evening. We headed back to the hotel knowing that tomorrow would hold yet more exploring and more excitement- we planned on heading to Broadway to watch a show, visit the Statue of Liberty, dine at Britney’s restaurant and to pay our respects at the former site of the World Trade Centre, Ground Zero. The latter was something we were both very wary about; 9/11 had only happened a year previous and New York was still a city in mourning, still trying to come to terms with the mental and physical scars that had been unleashed on its people and landscape that tragic day. Although every single minute of being in the Big Apple felt like you were on a film set, and the smoke really did billow from grids in the ground, watching 9/11 that day felt like some kind of sick Hollywood blockbuster. I was about to find out just how real the attacks had been- and how raw the city still was.