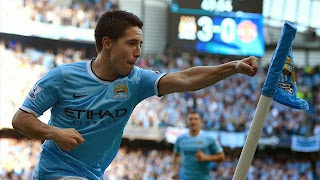 Looking back now it’s almost strange to think that nobody knew what to expect going into the 166th Manchester derby. Not many would’ve been so bolshie, so brazen and so accurate to predict the merciless massacre that played out in the blazing Manchester sunshine. A match so one-sided it was wrapped up in shiny sky blue wrapping paper with 40 minutes of the game still to play.

City were industrious, formidable and relentless from the outset. Jesus Navas, all blistering pace capable of putting Olympic athletes to shame, stretching the pitch boundaries with his width. Alvaro Negredo worked tirelessly upfront, assisting with two goals for his efforts. Fernandinho showed great endeavour and command in midfield and ever-reliable Pablo Zabaleta made 10 tackles throughout the match- more than double any other player. 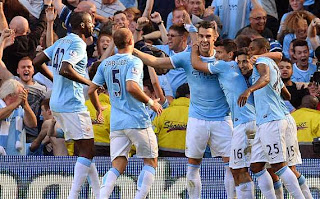 It's that time of the season again...


MISERY FOR MOYES? POINTS FOR PELLEGRINI? IT CAN ONLY BE THE MANCHESTER DERBY 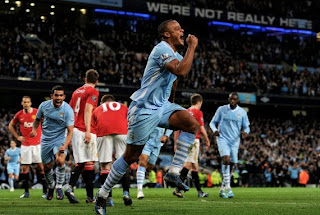 Derby day. Whether Tyne-Wear, split by Stanley Park or across the Black Country, it’s the 180 minutes of football no fan really looks forward to every season. Until it’s over that is. The week leading up to a derby match is filled mainly with dread, nervous excitement and bravado, climaxing with the result.


Pride has just as a big say in it: whoever’s on the losing end has to face the barrage of social media and text abuse from friends, as well as turning into work the next day and burying their head in their laptop to avoid the goads of fans victorious. Naturally, if the boot’s on the other foot it’s one of the sweetest three points the Premier League has to offer. A lot is at stake. 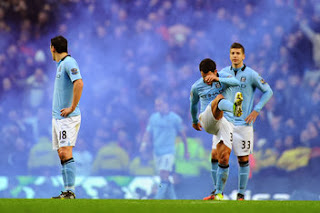 This Sunday is the 166th Manchester derby: it’s all change in the dug-outs, with both sides having appointed new managers. With David Moyes and Manuel Pellegrini each experiencing derby day for the first time, there’s an extra air of heightened uncertainty lingering around Manchester. Although it’s still early days in the 2013-14 season things couldn’t be tighter table-wise, with the two clubs locked on seven points and City just edging it with a superior goal difference. 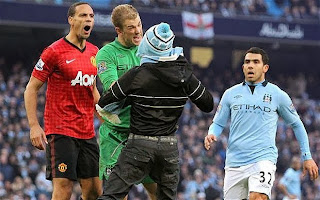