Day of destiny for England’s 2010 World Cup arrives...will it be Triumph or Disaster?

Most schoolboys dream of becoming a footballer. They idolise their heroes on the pitch and attempt to emulate them in the playground at break-time. It’s a fantasy that refuses to die and, when the schoolboy makes the transition from boy to man, the dream usually turns into devout passion and fierce loyalty for their chosen football team. That pride and passion can translate through to the national team too, with support being proudly demonstrated for a nation or country in equal measure.

Why is that pride and passion not being displayed when England take to the pitch in South Africa? Why are some of the supposed ‘best players in the world’ taking to acting like schoolboys themselves, having drawn two of their three group games in the 2010 World Cup? The England performances against the United States of America and Algeria have been below-par, lacking invention, conviction and confidence. The likes of Steven Gerrard, Frank Lampard and Wayne Rooney have under-performed on the biggest stage in world football. And they know it.

The British author and poet Rudyard Kipling’s infamous poem ‘If’ is almost a prophecy that sums up every aspect of England’s 2010 World Cup so far. The infamous verse, written in 1899, can be dissected and linked to aspects of the majority of the Three Lions’ South African story to date.

There is no blame game. Nobody has stood out so far as excelling but no one player can be depicted as the villain. Not even John Terry, whose candid press conference openly implored Fabio Capello’s methods and encouraged the Italian to pick Joe Cole. Nobody has so far stood up to be counted, although Manchester City’s Gareth Barry put in an impressive shift during the Algeria game on his return from his ankle injury. It is now time for calm and deliverance. 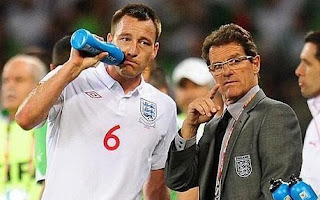 “If you can trust yourself when all men doubt you,

But make allowance for their doubting too;”

The country is full of hype, the clichéd ‘a nation expects’ rings clear throughout offices, hospitals and classrooms. Proud and loyal fans display St. Georges’ flags on vehicles, houses and clothing. Memories of painful penalty shoot-outs are all too recent, begging to be a forgotten nightmare by the team that, as individuals, prove so capable and talented at club level.

So far, the World Cup has been nothing short of disappointing for England and I’m sure they would acknowledge this. It has raised doubts over both the managerial style of Capello and the dedication of the England players to their international duty. Is it because, whilst playing in the Premier League, the players are surrounded by other talent from across the globe? Does this improve their performances domestically and leave them exposed when playing together for England? The doubters are quite right to be fearful on the basis of their current form going into the final game against Slovenia.

“Or being lied about, don't deal in lies,
Or being hated, don't give way to hating,

And yet don't look too good, nor talk too wise”

The Italian duly responded to Terry, saying his former captain, dropped from the title after his alleged debacles with Wayne Bridge’s girlfriend, had made a ‘big mistake’, but has since insisted that Terry is ‘one of the most important players for the team’. The media seem to have been a communication tool for the England squad, despite Capello insisting that ‘his door is always open if people need to talk’. Of course, the press is full of speculation, lies and inflated stories, but it doesn’t look good when petty squabbles and disagreements are played out in front of the microphones/cameras (France take note). It is humiliating to say the least. Terry hasn’t been ‘talking too wise’ by undermining the head coach and was even criticised by his fellow Chelsea team-mate Frank Lampard for doing so.

“If you can meet with Triumph and Disaster
And treat those two impostors just the same;”

This is where the experience of the relatively older and more experienced players comes into play. David James, Frank Lampard and Steven Gerrard should be setting an example and encouraging the others to follow suit. Is there too much expectation and pressure on the squad as a whole? It surely doesn’t help matters when Rooney is depicted as an all-conquering warrior hero in a high-profile sports brand advertising campaign. Great expectations are encouraged. The team should be proud and victorious in the face of success, yet gracious and understanding in the arms of defeat.

Much has been made of the presence of David Beckham on the touch-lines. Unable to take part in the chosen 23-man squad due to his Achilles injury, Beckham has been a coach and experienced presence in the England camp, although sometimes it seems the World Cup cameramen spend more time filming his reactions than the Italian head coach himself. But Beckham is one of the most-respected, lucrative and commercial footballers of our time and, despite what the critics may say, is right to be present in South Africa. He’s been there, seen it, done it and can offer advice and guidance where possible. 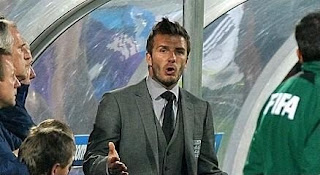 “If you can bear to hear the truth you've spoken

Twisted by knaves to make a trap for fools,”

I’ve no doubt that, if England progress and turn it on against Slovenia, the niggling doubts, the plethora of questions, will disappear. The mere suggestion of a resignation from Capello will be scoffed at and the team will continue on their intrepid World Cup journey. But, dare to even think about the possibility of failing to qualify. Will there be implications? Who will the fickle finger of blame point towards? Who should it? It will without doubt be a media feeding frenzy.

“Or watch the things you gave your life to, broken,

And stoop and build 'em up with worn-out tools:”

You only have to look to France for an example of what a broken nation and lack of respect and understanding can do to a team. Their final group game against South Africa was a disaster, albeit with the help of a dubious red card to Yoann Gourcuff. Things haven’t been pretty for England, but the time is now to change that situation. The past two performances will be all be but forgotten if a convincing victory against Slovenia is registered. The fans’ disappointment can be transformed into jubilation if England’s World Cup dream is kept alive today. The players have the skill and capability of delivering individually at club level- can that be moulded together to produce the result the nation so desperately craves?

“If you can make one heap of all your winnings

And risk it on one turn of pitch-and-toss”

This is it. It’s the 90 minutes that will decide whether or not England progress through to the knock-out stages in South Africa. There isn’t much to lose and everything to gain. This is where Capello has to make changes to the starting 11 that just haven’t been working so far. The Italian has admitted that he has made ‘mistakes’ so far. I begrudge admitting that he is, but Terry is right, Joe Cole should have had a chance already. Will Capello bow to the ‘pressure’ and start him on the left? If so, who will make way? Does he have the capability to drop one of his big names, like Lampard? A lot will be made of Capello’s big choices today, it is make or break. But the players must deliver. The time is now.

“If you can talk with crowds and keep your virtue,

'Or walk with Kings - nor lose the common touch,”

Post Algeria, the media spotlight on the national team has been blinding, with Wayne Rooney increasing the voltage due to his post-match television camera rant. Criticising the fans, who have saved and planned to travel to South Africa for years, is nothing short of embarrassing and demonstrated a total lack of respect. It wasn’t the appropriate thing to do given the performance he had just delivered. Bite your lip and keep your thoughts to yourself Rooney, you’re a role model to millions and it does your already-dubious reputation no favours. Look at David Beckham, Bobby Moore and Geoff Hurst if you need any inspiration. 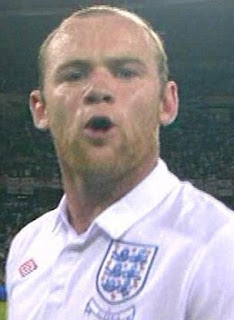 “If neither foes nor loving friends can hurt you,

If all men count with you, but none too much;”

There are many examples of character and pride so far in South Africa. Diego Maradona and his Argentina team look to have an enviable harmony and understanding within their camp, with the players hugging him after scoring a goal and Maradona’s eccentric behaviour and celebrations attracting the media’s attention. The dearly departed South Africans dancing their way from the dressing room to the touchline, epitomising the spirit and energy of the 2010 World Cup and reflecting the personality of their lively and vibrant fans. The underdogs like Switzerland and New Zealand, digging in their heels and giving their all to be rewarded with shock results against the so-called big guns Spain and Italy. Various players crying during singing their national anthem overcome by the occasion and what it means. Have England demonstrated anything remotely similar to any of this? Not so far.

“If you can fill the unforgiving minute

With sixty seconds' worth of distance run,

Yours is the Earth and everything that's in it,

The time is now to stand up and be counted: to sing the national anthem like you actually mean it without looking like you can’t be bothered, to play like those schoolboys dream of playing in the white/red shirt, to demonstrate a physical prowess worthy of at least one of the three lions on the shirt. Look like you want it. You could be heroes, just for one day. The clichéd hopes of a nation rest on the players and coaches’ shoulders. Make no mistake; it will either be Triumph or Disaster by 5pm in England today. There is no in-between. Let’s just hope whichever way the result goes that we remain the Land of Hope and Glory. Anything is possible.

Extracts taken from the poem ‘If’, by Rudyard Kipling.