"City will be challenging for everything in three years" 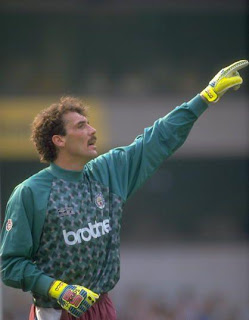 He was loved at Manchester City but hated for his move across the City to United. In the second part of an exclusive interview, Tony Coton speaks to Footy Pundette about his heroes, his previous England aspirations and his regrets.

FP: What do you make of City's topsy-turvy 10 year history? Do you think the club has what it takes to establish themselves as a top four side?

TC: If you would have asked this question before the new regime had taken over then I would have probably said it would have taken a while. There's nothing more I'd like than for City to be up there challenging for all the top honours. I don't think money alone is going to get them there, as proven with the targets they have gone for and been rejected from. I think it certainly helps with the wealth of the club now. I wouldn't say it's going to be overnight success; I think it's going to take a good few years. But I would expect to see them challenging for everything, being in the top four, in three years.

FP: You were on the brink of becoming an England goalkeeper and many City fans would chant 'England's number one' to you. How do you feel knowing that injury problems prevented that?

TC: I don't know whether it was injury or just whether it wasn't my time. I'd been in the England squad around 1991-92, around the Graham Taylor era and I'd travelled around the world in the squad. But at the time, Dave Seaman, Chris Woods and Nigel Martyn were emerging. I just never seemed to get the break.
I'd got voted goalkeeper of the year by my fellow professionals and by PFA and all sorts, but I still couldn't break in. So I think, yes I know what the fans thought of me at City but it just wasn't to be on the international front for me. I wouldn't say it was heart-breaking but it was just very disappointing for me at the time. I couldn't have been playing any better. I wish it was my time now. I'd probably have got a few caps!

FP: For 10 years you was goalkeeping coach at United. Was coaching an area you had always wanted to go into?

TC: Yes. When I left United to join Sunderland I went as player-goalkeeping coach. It's a natural progression really if you want to stay in the game. Although I got offered the same role at Wolves, I just thought better the devil you know really in Peter Reid. So I went up to Sunderland, did that, and unfortunately after 12 games there I broke my leg and had to quit playing. Then I took on the reserves job which I thoroughly enjoyed. But my wife wanted to get back to the North West and Alex Ferguson offered me a job. It was always in my plans once I'd finished playing to go on to coach.

FP: What do you make of the football revolution and how money dictates how it is run?

TC: Well, the question that often gets asked to me is do I wish I was having my time now in terms of the wages paid and the salaries that they get. It's always been a business. Football is just a mega, mega business now, especially at the top end. I just feel that lower down I know how much of a struggle it is and how much they are paid lower down and it's nothing. The players that used to get decent money lower down, and I'm talking about your League One, League Two clubs. But now it's getting sucked out of those clubs and the bigger clubs are getting fatter and richer. From that point of view it's not very good. It's a massive business; television has a big say in it all. I think they should do something similar to what they do in the MLS in America, where everything goes into a central pot and it's shared out equally. That's a lot better than what's going on over here at the moment.

FP: Past or present, who do you rate as being the best ever goalkeeper?

TC: For me, the best ever of my era was Pat Jennings. He was the one that inspired me to take up the number one position. As best ever? See, I'm 47 and people talk to me a lot about Gordon Banks, but I've not seen a lot of Gordon Banks playing. Bert Trautmann was up there; everybody tells me a lot about Bert Trautmann but again I'd never seen him play. I keep saying about Pat Jennings because he was my hero but he probably wasn't necessarily the best, I just liked his style of play. In modern day I'd probably say Schmeichel takes a lot of beating, and I can say that because he played for City as well. I'll go with Pat Jennings and Peter Schmeichel. 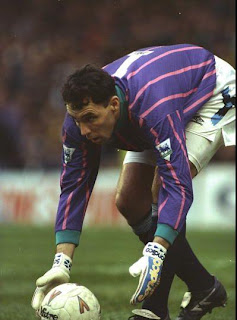 FP: How did you make the transition from coach to agent?

TC: I think the transition has been very, very difficult. As you can see now, I'm sat in an office on my own and for 30 years I've been in an environment ever since I left school of having lots of people around me. I went straight into football at the age of 17. So lots of jokes, mickey-taking, training, travelling, sharing a room with players...so to suddenly be on my own it's a bit difficult I must admit. I'm a people person and like the practical jokes, the messing about and the banter. It's hard to make yourself laugh when you're on your own and take the mickey out of yourself (laughs). Truth be known, if the opportunity arises for me to get back in at a club in a different position other than goalkeeping coach, I would consider it very seriously.

FP: What made you want to be a goalkeeper?

TC: When I was a junior, I played at the weekends. Saturday mornings, afternoons, Sunday mornings and Sunday afternoons. I played four games at the weekend. Often we would go from one game to the other without having a shower and I played twice in goal and twice out. All the way through secondary school and I never played in goal at all. I captained Staffordshire county as a centre half. It was only when I got to about 13 my dad said to me: 'Listen, I think you're going to have a chance at being a professional as a goalkeeper. You've got all the skill of an outfield player but you just haven't got the pace'. I wasn't the quickest. I could run long distance and I would won cross countries but I was never quick enough for outfield. So, wise words from my dad, I listened to him and we decided at 15 that I would concentrate on being a goalkeeper. At 14 I was already playing for a mens pub team. I think that helped me grow up and develop a lot quicker. So the answer is two-fold really: my dad and I already had Pat Jennings as my hero and I tried to model myself a little bit on him.

FP: Do you have any regrets?

TC: Regrets? No, not really. If you dwell on the past it would drive you mad. I would have liked to get some international caps. I'd like to have stayed at City through that period if I could have done and won a trophy, I still have lots of friends who support City. I think the money side of it doesn't bother me, what they are earning now doesn't bother me one bit. I had my time and that's it.

I think if I could have done anything better and you'll not believe this, but during my time at City they didn't even have a gym. They didn't have a weight room or nothing. When I see what is at the young players' disposal now they have everything- food before and after training and drinks. We had nothing like that at City, even when I was in the first team. It was only during the latter six months of me being there, during 1996, that they started doing food for the players. They still didn't have a gym. We would have to drive to Cheadle to use the gym. So from that point of view, I wish I would have had the facilities that players get today. Maybe that would have made me work on the more physical side of me and I may not have got the injuries that I got later on. As I say, if you dwell on things it would drive you mad, so I tend to look forward rather than back.