THERE'S NOTHING WRONG WITH AMBITION, SO WHY ARE PEOPLE CONDEMNING FABIAN DELPH? 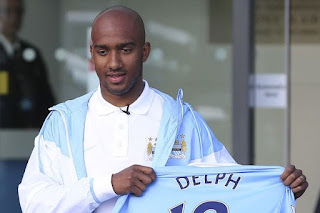 It was the biggest U-turn since Stevie G handed in a transfer request, flirted with Jose and decided to remain loyal to the Anfield cause. Rumours had been rumbling for months linking Aston Villa captain Fabian Delph with a move to Manchester City, but for the best part that’s all it had been, rumours.


Such rumours came to a head a few weeks ago after the social media hills were alive with the sound of whispers that the 25 year old had passed a medical at City. This prompted Delph to make a very public display of affection towards the claret and blue club he captained. Quotes consisted of words such as ‘set the record straight,’ ‘I’m not leaving,’ ‘I’m staying’ and ‘this great football club’.


All strong words that left City fans reeling and Villans punching the air with delight; who said loyalty was dead? Here was a 25 year old England international that had resisted the lure of Arab money for the pull of captaining this great club with a wealth of tradition and finishing mid-table. Ish. Even Tim Sherwood spoke about his ‘delight’ that the midfielder was staying, stating it was a ‘measure of the guy that he is, showing loyalty to the fans, the football club and the chairman.’ There was only one winner here. Morals 1, Delph 0.


So imagine everyone’s surprise when just six days later, Delph was unveiled as City’s latest signing. Pleased as punch, holding the sky blue threads next to club ambassador Mike Summerbee, Fabian seemed blissfully unaware that Villa’s media team had actually published his commitment statement onto their website. It was a done deal: £8 million had secured the services of the footballer who had bigger balls than Ron Jeremy.