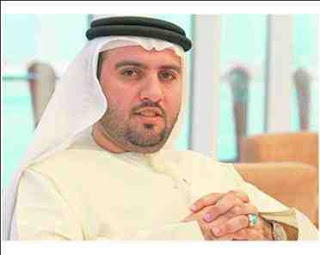 If I was to say that it has been an incredible week in the history of Manchester City, it would be a huge understatement. Nobody can quite believe the remarkable events that have occurred lately, transforming City from a somewhat apprehensive club to potentially the richest team on the planet.
After sealing the dream return of Shaun Wright-Phillips to the Sky Blues on Thursday for a reputed £10 million, City then went on to come back from the brink of UEFA Cup heartache to progress through on penalties, largely thanks to Joe Hart’s impressive two saves. Admittedly, Mark Hughes’ men had been largely undeserved of their place in the UEFA Cup following two dire performances over the couple of legs, but sometimes a bit of luck is all you need and Danny Califf’s own goal gifted City the opportunity of extra time and a penalty shoot out.
A trip to the Stadium of Light on Sunday turned out to be an amazing second debut for Wright-Phillips, with the 26 year old scoring two goals and Stephen Ireland adding a third in what proved to be a comfortable away victory for City. It was a convincing display from the vistors, with Kompany continuing to impress and Wright-Phillips and Jo developing an exciting relationship upfront. The result put City into third spot in the Premier League.
Then, along came Monday 1st September. The day that has completely changed the face and future of the blue half of Manchester. Dr Sulaiman Al Fahim, the head figure of the Abu Dhabi United Group for Development (ADUD) has been rumoured to purchase Thaksin Shinawatra’s stake in the club, immediately promising to turn City into the ‘biggest club in the Premier League’. The takeover was just the start, with City promptly putting deadline day bids in for Robinho, Dimitar Berbatov, David Villa and Mario Gomez. As midnight drew ever-closer, the announcement came from Middle-Eastlands- that Robinho had signed for the club in a four-year deal worth £32.5 million from Real Madrid. Jaw-dropping. Unbelieveable. Surreal.
What actually is going on? City outbidding Mr Abramovich? Robinho at City? The richest club in the world? The red neighbours and other football fans reacting with mass jealousy? Air a little on the side of caution, as football foreign sell-outs can end in clubs selling their passion and soul, but Dr Al Fahim’s ambitions and fortunes are set to eclipse a certain Chelski Russians. With Chelski the visitors next for City and having to face both Wright-Phillips and Robinho, it should make for a truly magnificent football spectacle. Never mind the Roman revolution- City fans are ready for the many joyful Arabian nights ahead of them.