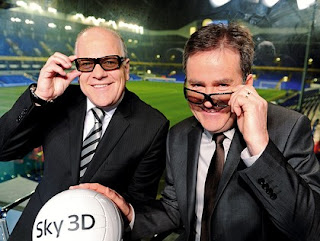 There is nothing more annoying and frustrating for me than discrimination. Whether it comes in the form of ageism, racism or sexism, prejudice and discrimination should have absolutely no place in a modern-day society. So you can imagine my anger upon reading about the current furore encircling Sky presenter/commentary duo Richard Keys and Andy Gray.

I wrote an article a few years ago on women in football, When will men realise that women have a rightful place in football?. The article was met with a tirade of appallingly sexist comments that ranged from ‘get back to the kitchen’ to ‘women aren’t welcome at football matches’. The comments were nothing new to me; I’ve heard every single tired cliché in the book, often thrown at me by old-headed, old-fashioned males with a serious lack of respect. I’ve also learned to accept the comments and the fact that they come with the territory- but stem from the minority.

Being involved in the world of football that tends to be predominantly male-orientated does unfortunately mean that, if you have long brown hair, wear make-up and a skirt, you often stick out. I wonder how many times I, or any other woman who enjoys football and goes regularly to games, have heard the words ‘But you’re female and you know your stuff. You actually know about football. How can this happen?’ Yawn. When you next go to a football game, have a look around you at how many women are in attendance. You may be surprised that it’s more than you think. You may also be surprised that we do get offside calls right every once in a while.

The conversation that was recorded between Keys and Gray, regarding the presence of lineswoman Sian Massey at the Wolverhampton Wanderers vs. Liverpool game, was in private. It was their opinion. It wasn’t broadcast live on air (thankfully for them), but that isn’t the point. The point is that they harbour those prehistoric views towards both her and Karren Brady and that, bearing those views in mind, they are both representing the media giant Sky and insulting their fellow female colleagues.

Keys retorted before kick-off: “The game’s gone mad,” and that “somebody better get down there and explain offside to her.” Unbeknown to the Coventry-based official, Massey duly responded by getting the offside call spot on during the build-up to Fernando Torres’ first goal for Liverpool. I had a feeling that her presence would cause controversy, I just didn’t expect that the controversy would come from two men who are Sky’s flagship duo for their multi-million pound football coverage.

Many people don’t know the offside rule. I’ve heard grown men debate it and get many calls wrong at matches. Gender should be entirely irrelevant; Massey should be judged on the job she does and nothing else. It is unfortunate that Wolves fans will have, sadly and inevitably, given her grief and perhaps shouted the same vile comments towards her after the call she made against their team. But the point is, she got the call right. She did her job well. I’ve seen utter incompetence from referee officials during the course of this season, the likes of who could do with watching Massey’s performance as a positive example of how to run the line.

As it stands, Keys and Gray’s future at Sky remains uncertain. The pair have been suspended from covering the Bolton Wanderers vs. Chelsea game this evening and Barney Francis, Sky Sports MD, has issued an apology on their behalf. My betting is that this ‘suspension’ will sadly be a mere slap on the wrists, an act from Sky who must be seen to be acting in response to criticism from both genders alike. People don’t need to own a high horse when it comes to discrimination- it has no place in the 21st Century.

Unfortunately, there is a history of sexism throughout football. During a spell as Luton manager, Mike Newell launched a scathing attack on assistant referee Amy Rayner saying: "She shouldn't be here. I know that sounds sexist but I am sexist. This is not park football, so what are women doing here?" Even tonight, talkSPORT hosted a phone-in on the sexism debate, despite their website’s slogan reading ‘for men who like to talk sport’. Freedom of speech is one thing, but harbouring such a bigoted opinion in what is such a multi-cultural and ethical sport nowadays is quite another. It seems women are only welcome when semi-sexualised in front of a camera reading an autocue. 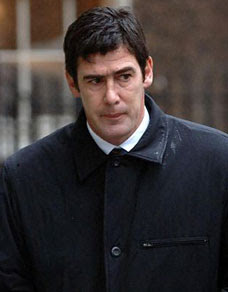 I can only speak for myself, but I’ve had to earn respect with the opposite sex when it comes to proving that I know the beautiful game. I have had a season-ticket for my team for many years and have attended with the same crowd of lads who happily treat me as ‘one of the boys’. That’s the way it should be, nothing more and nothing less. I’m still learning to grow a thick skin and laughing in the face of narrow-minded gender jibes. To be fair, the vast majority of men welcome and admire the fact that women have a place in football. But there will sadly always be a minority who believe it should remain a working-class men’s game and that women are not welcome. I think I’ve despondently accepted that fact to a certain extent, despite how hard I’ve worked to get to where I am in both my career and to earn some sense of equality in what is often deemed as a man’s world.

I’ll end with a quote from an interview that I conducted with BBC sports presenter Gabby Logan back in 2008. When asked for advice to give to females who are looking at breaking into the industry Logan mused: “Never let a man use your gender as an excuse. Always produce the very best you possibly can because nobody can argue with that. If their best argument is that you’re a woman, then they’re the ones that look really stupid.”

Massey produced the best anyone- male or female- could on Saturday. Keys and Gray have been made to look very stupid indeed.

Excellently put. I laughed at the bit about men exclaiming "You're female but you know your football!" - heard that so many times!
I hope these two dinosaurs get the axe, but I doubt it. Nevertheless I've e-mailed Sky to ask that they do - for the reasons you've so eloquently stated - they are in the shop window for Sky and if they stay, it's like Sky agreeing their views are acceptable.