HOW TO LOSE A FOOTBALLER IN 140 CHARACTERS OR LESS 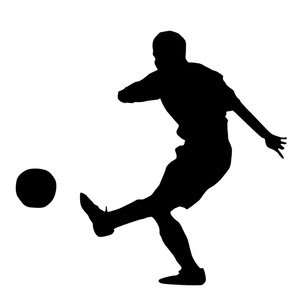 I previously wrote an article on Twitter and what a ‘unique’ experience it was to have a personal account on there. A lot has been said about Twitter: it can be a tricky landscape littered with seemingly faceless people who come along from nowhere and infiltrate your life, either for the good or the bad.

One of the attractions of Twitter for the majority of people is that they get to tweet celebrities and sports stars from across the world. It seems everybody from Britney Spears to the Kardashians to soap stars and more occupy the Twittersphere, making it easy for fans to show their love and affection for them. @CherylCole “I love you Cheryl” @DavidBeckham “You’re amazing David”. You know how it goes. Knowing that the celeb will read their tweet is enough satisfaction for most people, along with begging them to follow their adoring fans. “Please please follow me, I want over 100 followers. PLEASE!” I think what they’re really looking for is a friend, but that’s another story.

So it came as somewhat of a shock when the roles were reversed for me and I was the subject of a former footballer’s affections for a brief period of time. The media seems to always be littered with footballer cheating scandals, when wannabe WAGs seemingly prey on married superstar players, who are powerless to resist temptation- even when married to the Nation’s Sweetheart™. I never once thought that when signing up to Twitter I would have an encounter with a notorious ‘lothario’ whose talent once graced the pitches of the Premier League and whose occupation now, coupled with the reputation that precedes him, means he’s a human form of marmite.

It started off so innocently (doesn't it always) back in the Autumn of 2009. I followed a lot of sports journalists and people involved in football on my account, included said person. I’ll refer to him as Mr Twit (it seems appropriate). At the time I had just finished university and was looking for my big break, working voluntary for the BBC amongst others and hoping for the best. I was always talking about football and promoting new articles for my blog (this very one you’re reading) on Twitter. One Saturday night while I was at a friend’s house embarrassing myself on some form of singing game, I received an email confirming that Mr Twit was following me. I found it slightly unusual seeing as a) I hadn’t begged him to do so and b) it was late on a Saturday night, almost midnight. At first I tweeted publicly saying that I found it funny that I had a famous follower for a change, but he instantly sent me a direct message saying it ‘wasn’t a big deal’ and asking ‘how I was’.

Over the following weeks I used my initiative and asked him for advice regarding my career and my blog. He told me he loved my blog and that I was a very talented writer with bundles of potential. He also said that I could get in touch with him whenever I wanted advice and he suggested a meeting, in Knutsford, to discuss my career. Perhaps naively, I agreed. I thought it was a perfect opportunity to get some tips and crucially, all-important contacts. At this point we swapped telephone numbers as an easier way of communicating. He rang me and told me he was thinking of setting up some form of website to showcase the ‘best football bloggers in English football’. It sounded an ideal opportunity for me. He even tweeted about it on his public timeline. On the day I had a meeting in Preston so I was heading down the M6 when Mr Twit texted me saying he couldn’t make it. It was no big deal and he assured me we’d rearrange when possible.

The career advice and encouragement went out of the window when Mr Twit began direct messaging me saying how much he missed me (!) and wanted to see me. I’m really not too sure what prompted the sudden change of approach- I hadn’t said or done anything to lead him on in that way so I was quite taken aback. I’d been with my boyfriend for a few months by then (we are now engaged) and I’d already made the decision to tell him all about Mr Twit and what was going on. (Mr Twit was aware I wasn’t single). Perhaps clouded by intrigue, knowing the high-profile of my sudden admirer, we both agreed to see what direction he would go in next without encouraging him too much.

I think for me the most surreal point was when Mr Twit, one-time Premier League hero, was on television working as a pundit for a certain channel covering a football game in a studio. When the camera wasn’t on him, he was tweeting me asking if I was watching him and, in a breakthrough for crossing the line, asking if I’d drive down to his house when he’s finished on air to meet with him and ‘talk’. I was gob-smacked. Here I was, watching him talk the beautiful game and he was more concerned with getting home and seeing me! He told me where his house was and, when I texted my concerns that I was aware of his reputation and that it wouldn’t be just to talk, he assured me it would be. “Unless I wanted it a different way” he admitted... (a statement he later regretted).

It was all too surreal and I was shocked at how brazen he was. It was strange to see how his personality would differ: one minute he was really friendly and quite charming, the next...well, let’s just say you could tell that he was battling to suppress his inner demons and overt sexuality. He made it obvious he wanted sex; I think he wanted friends with benefits but he was wary of his standing in the public spotlight and aware that there would potentially be a big story for me to sell if he went about things the wrong way. Bizarrely I felt sorry for him: it seemed he’d made a few mistakes in his past and had really been shown up in the media spotlight. Many others aren’t as kind as me though and his past demeanours were enough for the majority to judge and despise him. I got the impression, although we didn’t discuss it at length, that he was full of regret but had to live his life in a blaze of controversy.

Mr Twit and I spoke a couple of times over the phone and I think it got to the point where he could tell I was being very guarded and had no intention of sleeping with him, so he seemed to lose patience and stopped communicating with me. By this point I had got a job (my dream job) at a Premier League football club and was working hard at establishing myself in my role there. One match day I went on my dinner to a nearby athletics club that was on the same complex as my work, and when I walked in who was sat there enjoying his lunch? None other than Mr Twit. We had finally come face to face. I sat down with him and we had a good chat: we spoke about his divorce, his children, his job...plenty of things. He asked about my love life and we discussed major talking points in football at that time. I could tell he found a woman who spoke about football endearing and charming. Maybe that’s why he started ‘following’ me on Twitter in the first place.

I went back to work and he went back to an outside broadcasting truck. Immediately he texted saying how lovely it was to meet me and that we would have to do it again and I just smiled. Why? I wasn’t just some naive girl looking to get her leg over for a potential leg up in the industry. Many others probably would and I’m positive I’m not the only female he has become friendly with over Twitter (a look through his ‘following’ list confirmed he followed quite a few wannabe female sports journalists and avid football fans, clearly a man with a type). I kept most of his Twitter direct messages- just in case I ever told the story and people didn’t believe me. It had been that surreal.

I’m not going to reveal the identity of Mr Twit*, I’ll leave that up to you to guess. I just wouldn’t be surprised if, one day, some eager-eyed but struggling journalism graduate appeared in the centre pages of a red-top Sunday newspaper confessing all about her steamy liaisons with our man in question. I can picture it now: “So, how did this all begin then Kate?” Mr Sleaze asks. “Well, I was just so shocked that he started following me on Twitter. It all kind of snowballed from there really”...A familiar story, one with a very predictable ending....

*Mr Twit is still going strong on Twitter and still participates in his other media ventures at the moment. It remains to be seen if he’s continued his sneaky tweeting ways or if other girls, like me, have kept their morals intact by sidestepping his brazen ‘opportunities’.

I really enjoyed that!
Good story, I'd prefer reading it here with the man anonymous rather that seeing the story (not reading) in a tabloid paper with exaggerations and ruining two + peoples life!

....But anyway I am interested in the details of how you got to where you are because it is something that really interests me!!