“By about 1pm the boys will all be starving so Matt Le Tissier will have a huge mountain of chips in front of him but out of sight. He’s like an industrial hoover.” 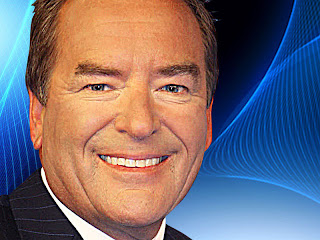 He's the man who brings you minute-by-minute updates and action throughout the busiest days of the football calendar- and he does it in his own incomparable way. In the final part of an exclusive three-part interview, Football Pundette chats to the ultimate football anchorman, the enigmatic Hartlepool fanatic, Sky Sports' Jeff Stelling.

So far, I've spoken to Sky Sports' presenter Jeff Stelling about his tips for the trophies this season, his favourite on-air moments, his route into the media and well...I've generally chewed his ear off. Now the Soccer Saturday frontman shares what really goes on behind the scenes on the show, his proudest moments and pledges his support to X Factor finallists Little Mix.

“My Saturday routine at Sky isn’t really that exciting as most of the work is done before the day. Saturday is our bonus day, that’s the day I look forward to. Thursdays and Fridays are the big working days: getting all the preparation done, going to the meetings, going through every website and newspaper and finding out every stat that you can get hold of. On Saturday I amble in at 9am and the other boys will arrive at about 11am. My Saturday is really spent reading through the morning papers just to make sure we haven’t missed anything.

“Once that is done I’ll then choose my time for the accumulator; we all pick one team each and have a wager on it. We also have a sweep so I’ll pick my matches out for that, it’s 10 matches and the winner takes the £100 that’s in the pot, just to make the afternoon even more interesting. Then it’s off to make-up and I’ll arrive in the studio at 11:45am. There isn’t really any rehearsal as such- we just sit down and get on with it. By then we’ll know who is covering which game so I’ll have an idea of which direction I want the conversation to go but that doesn’t always go as planned.

“I’m always looking for the first time I can wind Thommo (Phil Thompson) up, I want to get my dig in before he gets his first dig in. By about 1pm the boys will all be starving so Matt Le Tissier will have a huge mountain of chips in front of him but out of sight. He is like an industrial hoover. You’ve never soon anybody put food away like he does. They’ll all be chomping away but I tend not to bother." 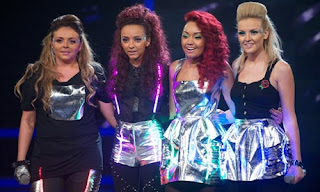 “Come 6pm I’ll then drive home and either collapse in a darkened room or watch The X Factor. I wouldn’t mind Little Mix winning.”

“The time flies past. You’ll normally find that we always play a piece of VT at around 2:45pm because that’s the last chance we get to have a toilet break before the programme finishes. We then reach 3pm and then all the games are kicking off. It sounds strange but those three hours are never long enough to cover everything and to talk about all the events that go on in the games. Once the games all start it’s mayhem until 6pm.

“Come 6pm I’ll then drive home and either collapse in a darkened room or watch The X Factor. That programme is a total shambles this year. Most years there’s somebody you really want to win but there doesn’t seem to be a stand-out favourite this year. I wouldn’t mind Little Mix winning. They seem a nice bunch of girls. I think it’s been a chaotic series to say the least."

“Losing my voice would be my worst nightmare but probably everybody else’s idea of heaven.”

“I’ve never been completely left without a voice after my manic Saturdays. Sometimes I can be pretty hoarse but I’ve got to save something because both of my boys play football on a Sunday. I need something left to shout with on Sunday mornings and afternoons. Once or twice there have been occasions where I’ve been aware that my voice has been really, really struggling but touch wood it’s always survived. That would be my worst nightmare but probably everybody else’s idea of heaven." 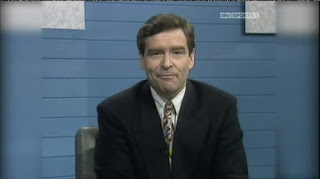 “I know I’m biased, but nobody does sport quite like Sky Sports do.”

“I’ve had a few proud moments during my career. Presenting the Champions League Final for Sky last season was a highlight for me. I’ve covered the Olympic games for the BBC in 1984 and 1988 and I’ve won the Sports Journalist Association’s Sports Broadcaster of the Year award for five years in a row so I was chuffed with that. There have been a lot of highlights. I’ve just lucky in the sense that I’ve got the best job in the world. If it wasn’t for everybody who works like crazy around me without getting half the financial awards or the plaudits I’d be absolutely nowhere. Simply proving that I could host Countdown was pretty satisfying as well.

“I could have gone to ITV a few years ago to front their World Cup coverage and I think the day I turned that day was probably the day I realised I was going to be at Sky until the bitter end. Sky has been a fantastic company for me and it’s given me so many opportunities. I’m biased, but nobody does sport quite like them."

“I’m hoping I’ll get to watch Hartlepool a bit more this season.”

“I don’t get to watch Hartlepool much these days, but I’m hoping that will change. Last season was the first season I can remember that I didn’t watch them at all. I normally manage a couple of games a season. But over the past three years with Countdown as well I’ve been struggling. I’m stopping doing Countdown now, I’ve filmed the final one and it’s going out in December, so I’m hoping that will free up some of my time and I will get to see them a bit more this season. Although the way they’re playing at the moment I’m not too sure that I want to!

“One of my proudest things is that my 13 year-old son growing up thought he was a Chelsea supporter, but when he goes training for his local football team now he always wears his Hartlepool shirt. I’m very proud because every other player is wearing Arsenal and Chelsea shirts but I’ve finally managed to win him round." 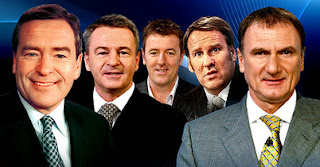 “We’re all great friends but a bit far spread. Thommo’s in Liverpool, Merson’s underneath the arches of Waterloo Bridge or whatever...”

“Do I ever socialise with any of the Soccer Saturday crew outside of work? No I can’t stand them (laughs). Yes I do really. We’re all really good friends and we meet up on Friday nights for a start. Normally three or four of us have a couple of drinks and chew over what’s happened during the week and what we may be talking about the next day. From time to time we’ll all go out together. We’re a bit far spread, that’s the only problem: Thommo’s in Liverpool, Charlie’s in Glasgow, Le Tissier’s down on the south coast, Merson’s underneath the arches of Waterloo Bridge or whatever (laughs). One of the things about being on the panel to be brutally honest is that you have to get on with the other guys on every level. They are all good mates of mine."

“If you get your foot through the door even at the lowest level, there’s still a way of reaching the top.”

“Any people who have aspirations of being a sports journalist or presenter should never give up. It’s just a fantastic career. A friend used to say to me, ‘if you stand in the middle of the motorway for long enough, eventually a car will hit you.’ That was his view. He would send barrages of emails and letters to television companies, radio companies and he would never be discouraged. Don’t expect the world too quickly. There’s a lot of people who work at Sky who have come through university having studied the relevant courses and they do have to start with the most menial jobs.

“There was a guy who was 15 years old and who would come into Sky and work for free every weekend on the sports desk and he’d do it religiously every weekend. He now produces the Champions League coverage on Sky. There is still a way up: if you get your foot through the door, even at the lowest level, there’s still a way of reaching the top."

Great stuff! Keep it up, Emily!