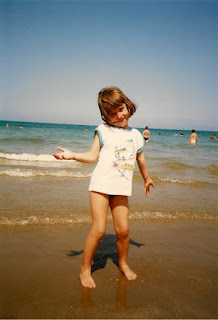 
This may well be fine with the majority of people, or people may have already ticked all of these boxes during their twenties, but it’s something I’m personally quite terrified of facing. My outlook on life so far has been very ‘Peter Pan-esque’; wanting and trying to be forever young while achieving my life goals.

I lived a delightful and content childhood. After I shot out on the hospital trolley at 12:35pm on 16th April 1982 while my mum was being transferred from her ward to the delivery room, I joined my then-three year-old brother Simon as the two children of Glynis and Peter Brobyn. Peter was a furniture shop manager and Glynis a house-wife, but then Mum and Dad decided to open their own furniture shop together. My parents were always very loving towards each other; they got married in June 1977 and had forever been constantly entwined in each other, frequently embarrassing my friends when they came round with their passionate displays of hugs and kisses. We were a really close family unit who celebrated events like birthdays in typical over-the-top fashion and enjoyed regular meetings with our huge extended family of aunties, uncles and cousins. Family has always been precious to me. 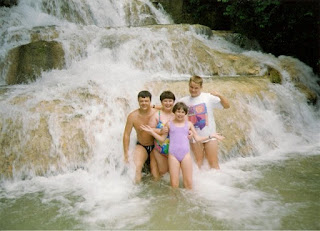 Initially we lived in Woolston, near Warrington, but moved to a village called Lowton when I was only a couple of years old. I attended the local primary school, where I met a variety of friends. My parents were too busy for football and weren’t that interested: they would travel a lot sourcing furniture for their shop, leaving us with babysitters frequently, so it was (as I’ve written about before) a combination of Simon and my Uncle Bob who actually brainwashed me into watching the game and more importantly, supporting Manchester City. Although I’ve always been a girly girl, I was a bit of a tomboy growing up and was always climbing trees and going on crazy bike rides with my friends. I had Barbies and loved playing with them but I’d always be watching Simon and played with his Lego, on his Nintendo and would sit and watch the football with him. Simon was my hero; my strapping big brother who’d bully me but build forts and dens with me at the same time. 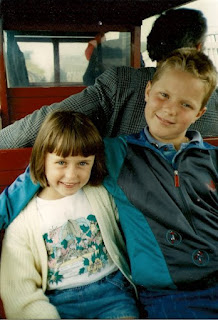 Me and my shadow: my older brother, Simon

As time went on and my television choices went from Thundercats, Dungeons and Dragons (the cartoon) to Byker Grove, Saved by the Bell and Sweet Valley High, I began to reach the dreaded era of life known as puberty. For about 10 years I had a love/hate relationship with my parents. I tried my best to rebel and brought home my first boyfriend, to the absolute horror of my Dad. We enjoyed a typically ‘first’ relationship: it was true love, passionate and all very much puppy love. He ‘proposed’ to me during a holiday in the Dominican Republic, but after almost three years I simply grew up and realised it wasn’t love, more of an experiment with my tumultuous raging hormones. He was naturally my first and we learned a lot from each other (he's now married and become a father for the first time).

By this time I was 18 years old and discovering the joys of boys, alcohol and having a good time. I’d been to high school and college, but didn’t really have an idea of what I wanted to do with my life at this point. I enjoyed English and creative writing, and was writing for the City fanzine ‘King of the Kippax’ in my spare time. I started working for a bakery on a Saturday, my first paid employment, before moving onto work for my Dad doing administration work at one of his furniture stores. I worked in ‘Schuh’, a retail store in the Trafford Centre for a number of years, where I met some amazing friends and partied nearly every single night in Manchester with them (Sports Bar and Teasers, anyone?) After that I moved onto work at the now-defunct fashion store, Morgan, and continued to work in retail before mum suggested to me the prospect of going to university to study sports journalism. I’d always kept up my writing ventures but never really considered it to be a career choice. My background was admin and retail; although I had good GCSEs I didn’t have the best grades from college. I filled out the UCAS form with a faint hope- and was overwhelmed when I was accepted. I was 24 years old and off to university, it was surreal. 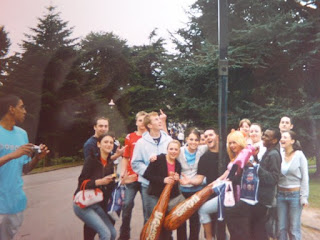 Celebrating my 22nd birthday with the Schuhbees at Alton Towers


I had no real idea of what to expect from uni. I met some special people, some absolute idiots and went through a lot. I learned a lot from my three years living in student halls in Preston; boys are really smelly and messy when they haven’t got their mum to cook up after them, girls can be really bitchy and two-faced if you let them (don’t let them be!) and shots of Sambuca mixed with double vodka lemonades will give you the worst hangover ever. But I obviously learned everything I needed to apply myself in the industry. I’ve always had ambition and passion, those kind of things you can never teach, and I’ve always been able to write. Whenever I was given assignments I always aimed for a high standard and to interview relevant personalities, people who I've always admired and looked up to. 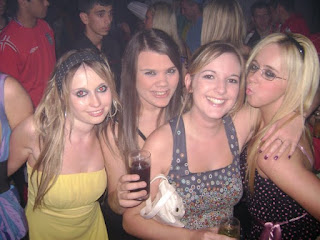 Adding more sex to the City at university

I could write a book on the three years of my life at uni: there’s a beginning, a middle and an end filled with so much hilarity, obscenity and indecency. Hard to believed that when I first arrived at uni I was quite shy and serious, I quickly discovered that something had to change and that something was in fact me. I made friends for life there, I met immature lads and had dalliances with quite a few of them and I became a bit of a downright shameless party girl. I suppose that’s excusable given the environment. But I kept up with my studies and was really sad when the three years came to an end and I was wearing the cap and gown. I did it all for my parents, particularly my mum. I wanted to make them proud, I wanted to rack up some form of achievement and I did it all whilst having the absolute time of my life. 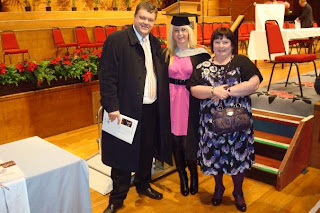 Since uni I’ve achieved my dream: working for the football club I love and support. I’ve met the most wonderful man who dropped down on one knee last year and put a ring on it. I’ve interviewed some of the biggest names in world football, and some of the not-so-big. I’ve worked on a ratings-winning BBC radio show. I’ve become ‘mum’ to my very first pets: Bert, Ernie and Cookie our pet chameleons. I’m being made an aunty in July thanks to Simon and his wife, Liz. Hard to believe that my big brother who once drew all over my dolls is now going to be a Dad himself. Only last month I visited Hong Kong, China and Thailand with my Dad, a completely spontaneous trip that changed my mind-set on life yet again. It’s not a bad life, but you do get out of it what you put in. 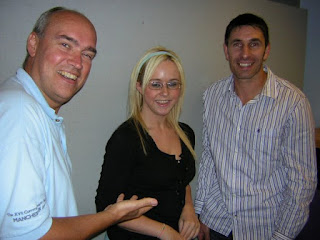 
I’ve no idea what the future holds but I know one thing. Age is but a number, but this number is the beginning of the middle-ages and a whole new chapter of my life that I can only write and define myself.


It's not all doom and gloom as part two sprinkles optimism on waving goodbye to my twentysomethings, hurrah!

Everyone should write their life story for their kids. Good start, Emily!