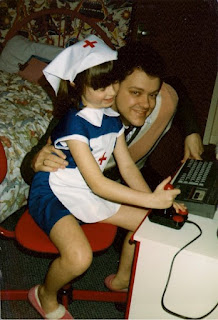 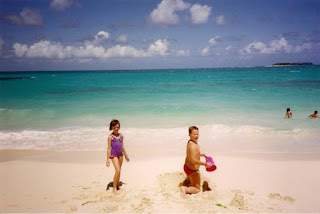 9/11. An event so horrific it's still so difficult to comprehend

On a distinctly more positive note I’ve also been quite lucky along the way during the past 29 years. I went to a celebratory meal with the ‘City team of 1989’, the players who featured during the Blues’ famous 5-1 victory over rivals Manchester United in 1989 and interviewed them all. I’ve gone deep sea fishing in Mauritius with the company of humpback whales surrounding us. I’ve stroked tigers in Kanchanaburi in Thailand. I’ve had afternoon tea and stayed at the Waldorf-Astoria in New York. I visited Yugoslavia while it still existed. I’ve climbed Dunns River Falls (google it) in Jamaica and played beach football with Premier League footballers in Barbados. I’ve skied in Canada and parasailed in Antigua. I was at Wembley to see my beloved football club win a trophy, the FA Cup. I watched my parents get re-married in a tiny church in Mauritius for their 25th anniversary. I met Mickey and Minnie Mouse at the Magic Kingdom in Florida. I’ve interviewed every member of the City squad that won the FA Cup in 2011. 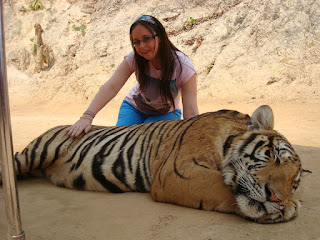 Up close and personal with my favourite animal in Thailand


This life hasn't always been so wonderful though. Far from it. I got in a bit of a pickle when I was 19 and had an abortion, a terrible but necessary choice to make at a time in my life when I simply wasn’t ready and able for that responsibility. After being brought up by the most loving of parents, Mr and Mrs Brobyn divorced in 2006. I don’t want to discuss the reasons, but their love and support together as a unit had been all I’d ever known and it threw me through a massive loop. Some people say it should’ve been easier because I was older (I was 23 when they split), but nothing could’ve ever prepared me for that. It was far from easy and it influences my life on a daily basis. My Dad now lives thousands of miles from the UK while my Mum still lives in our family home, both situations difficult for many reasons. I never thought that would be me, with a broken family after being surrounded by so much love. 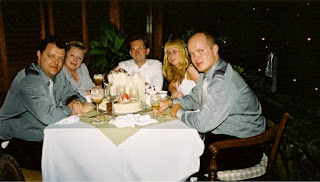 Mr and Mrs Brobyn renewing their vows in Mauritius, now but a memory


I’ve also dealt with bullying and bouts of severe depression; cries for help met by ambulance crews when I was growing up and encountering terrific highs and horrific lows. A particularly bitter ex created a horrendous Facebook group mocking my looks, on a day which I had a vital exam at university, forcing me to beg the faculty to let me re-sit it due to being so distraught and humiliated. I also lost a child during a trip to Antigua two years ago, which was simply one of the worst things a woman can go through and that I’ve ever been through. The choice of having a child that I so desperately wanted was ironically taken away from me after the decision I'd made so many years before. 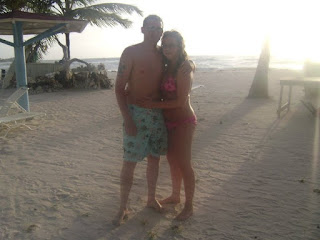 The day we discovered our baby didn't have a heartbeat. I just sat and watched the sea roll in and out for hours. The most bittersweet of my holidays to Antigua.

My grandparents have all passed away, all incredible people and all whom I miss daily. I’ve lost touch with friends who I care about but reconnected with friends from my past. Sometimes life does get in the way, but we shouldn’t let it, should we? I’ve learned a lot of life lessons and taught a few too. I’ve achieved a lot and still have a substantial amount I’d like to discover. This birthday, my 30th, will be the springboard and the catalyst for new beginnings and new ventures. 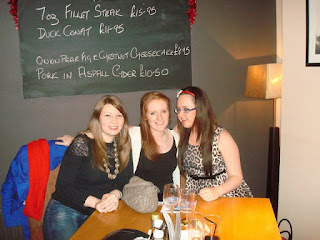 
On reflection and after talking to a few people, I’ve decided the best way to deal with my 30th is to embrace it and everything it has to offer. So that’s what I’m going to do: it may be but a number but I’m going to make it a positive milestone and a cause for celebration. I’m writing a ‘bucket list’; yes it’s a little bit ‘Karl Pilkington An Idiot Abroad’, but I figured it’s a genuine way of listing everything that I haven’t done and always wanted to- and then ticking each selection off as and when. I’m going on a ‘childhood’ day out; exactly what it says on the tin, going somewhere that I used to go for days out as a child for a bit of a reminisce. I’m going to have a lovely celebratory lunch with my mum; after all, it is her ‘I gave birth to you’ day too, and I’ll go for an evening meal with my man. Lastly, I’m going on a fun ‘party’ night out and will get so drunk that I won’t be able to remember my age. That’s what it’s all about after all, isn’t it?

I no longer fear the third decade of my life- I'm going to celebrate it instead. Celebrate and be thankful the past and embrace the future.