THE PREMIER LEAGUE IS BACK, BUT WHO HAS IMPRESSED SO FAR? 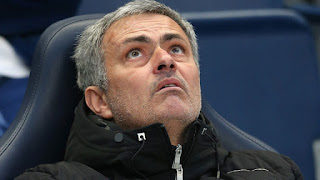 So you’ve waited all Summer for the football season to get underway and just as the tans start to fade and weekly match days become the norm again, a pesky international break crops up and ruins it for everybody. Well, everyone apart from Jose and Brendan. They are probably grateful for the break and a chance to regroup.


Although it’s only four games in, it’s been an interesting start to the Premier League season. Teams have flourished, teams have floundered and teams have definitely struggled. With the transfer window now closed until January, clubs will have to make do with the squads they have got to mount their title challenge. Sorry Arsene.


At this point in the campaign the League always springs a few early surprises, with Crystal Palace, Swansea and Leicester City sitting pretty in the Champions League automatic qualifying places, playing stylish, attractive and more importantly, winning football. That’s testament to how indifferent a start the ‘big guns’ have had, as much as it is a compliment to said teams.


There may be 34 games left to play, but which of the top teams have caught the eye and which have left fans scratching their heads or turning to multiple Jager bombs. 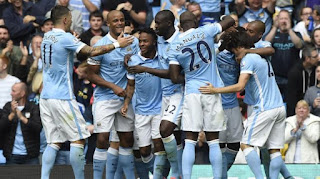 
Top of the class so far, Manuel Pellegrini’s men have enjoyed an impeccable start to the season, winning all four games played without conceding a goal. Sheikh Mansour splashed the cash during the window, signing Fabian Delph, Raheem Sterling, Patrick Roberts, Nicolas Otamendi and Kevin De Bruyne, and strengthening the squad so significantly has already paid dividends.


Kudos must go to City’s regulars who, invigorated and refreshed, have stepped up to the mark. Aleksandar Kolarov, Bacary Sagna, Eliaqium Mangala, Fernandinho and Yaya Toure have all contributed to the team’s fine form, along with a point-to-prove captain Vincent Kompany and the ever-magical David Silva. Sergio Aguero has yet to really get going- and that’s ominous in itself. Collectively, City look a force to be reckoned with and have set the standard for the season.


They are the team who could’ve least done with the international break to keep the momentum going- and it will be intriguing to see if their run continues with a trip to Selhurst Park ahead this weekend to play in-form Crystal Palace. West Ham will be no pushovers too after their recent 3-0 win against Liverpool and Spurs need the points as much as anybody at the moment. Consistency is key- if City keep it up, their title rivals will be chasing their shadow for the rest of the season. 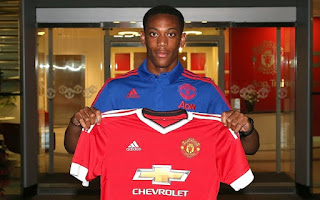 
It’s Louis Van Gaal’s second season at the helm of United and he’s off to an indifferent start. 1-0 wins against Tottenham Hotspur and Aston Villa were followed up with a home draw to Newcastle and a 2-1 defeat away to Swansea. Performances have been flat and uninspired, with Wayne Rooney failing to impress, leaving question marks over the forward’s form and future.


That’s not to say there hasn’t been activity in the transfer market at Old Trafford. With Angel Di Maria, Radamel Falcao, Javier Hernandez, Nani and Robin Van Persie amongst the names departing, Memphis Depay, Bastian Schweinsteiger, Matteo Darmian, Morgan Schneiderlin, Sergio Romero and #DeadlineDay sensation Anthony Martial are all new arrivals hoping to help Van Gaal secure his first Premier League trophy. But the rumoured £58 million price tag paid for 19 year old Frenchman Martial has been ridiculed mainly because the striker is largely unproven- and immediately under a lot of pressure to deliver the goals in United’s quest for the title.


The question marks lie predominantly over who provides the creativity- and the goals. Memphis has been hit and miss so far, but Ander Herrera and Juan Mata are more than capable of conjuring up match-winning moments of magic. United are light up front and will be casting glances towards Rooney and Martial to deliver. With a testing fixture against Liverpool next, it’ll be a measure of the manager as to how his team respond post-break to get their trophy challenge back on track. It’s a different era at Old Trafford to when they won it with the kids, but Van Gaal will be hoping he has enough quality to mount a significant challenge, particularly to the noisiest of neighbours, title and borough rivals, City.