HERE ARE THE PREMIER LEAGUE'S BIGGEST TALKING POINTS FROM THIS WEEKEND 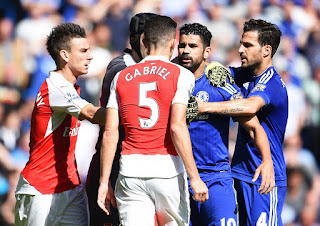 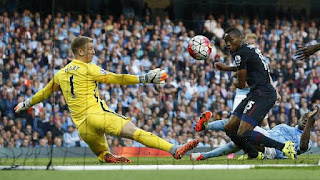 It was a week to forget for Manuel Pellegrini’s Manchester City. Unbeaten after five Premier League wins, it was same old City in the Champions League, when Juventus came from a goal behind to win 2-1. After taking the lead through a towering header by Vincent Kompany, who was only too happy to use Giorgio Chiellini as a climbing frame, the captain went off injured and City capitulated, with errors from defenders Eliaqium Mangala and substitute Nicolas Otamendi leading to both goals.


Most people would’ve punted for the home win on their accumulators when West Ham visited the Etihad given City’s League form- how wrong they were. Early goals from Victor Moses and Sakho left the home fans stunned. City, with Kompany and the mercurial David Silva (injured in the warm up), showed shades of what went wrong for them last season. A defensive shambles, lack of organisation, leadership and a certain Spaniard pulling the strings in midfield, it was down to record signing Kevin De Bruyne to impress, pulling a goal back just before half time.


After the break City huffed and puffed but they couldn’t blow the Hammers’ house down for love nor money. Registering 27 shots, West Ham goalkeeper Adrian pulled off a string of mesmeric saves to deny the home side the equaliser they so desperately searched for. It was an accomplished away win from Slaven Bilic’s side, whose smash and grab tactics early on left City stunned with a mountain to climb.


City remain leaders of the pack, but United are now just two points behind them. A stunning 4-1 Capital One Cup win at the Stadium of Light against an abysmal Sunderland side will go a long way to ease any nerves that may have crept in and boost confidence, but it’s a tricky trip to White Hart Lane next on Saturday to see if Pellegrini’s side can return to form in the League. 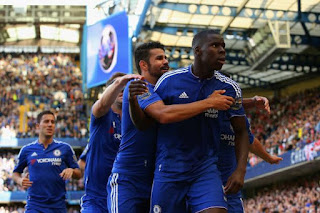 After a dismal start to the season, Jose Mourinho’s Chelsea have enjoyed a winning week to ease the pressure and get their campaign back on track. When Eden Hazard missed a penalty early on in their Champions League tie against Maccabi Tel Aviv, the Portuguese must have feared the worst. But his side went on to brush aside the visitors with a comfortable 4-0 win, with goals from Willian, Oscar, Diego Costa and Cesc Fabregas.


It was just the confidence boost Chelsea needed, but the real test was always going to be Arsenal in the League. A fiery encounter was guaranteed, but nobody could’ve quite expected the two red cards that followed. Antagonist extraordinaire Costa was at his villainous best, deploying his trademark wind-up tactics to Arsenal defender Gabriel, who responded with a petulant kick out a la David Beckham vs. Diego Simeone in the World Cup 1998.


After the break Kurt Zouma headed in from close range to give Chelsea the lead and a Calum Chambers own goal from Hazard’s shot sealed the three points for the Blues for only the second time this season. Arsene Wenger’s misery was compounded when Santi Cazorla saw red after receiving a second yellow card. Despite Arsenal going down to nine men, the game for the best part had been wonderfully open and free flowing, but will Wenger be left to rue the day he didn’t spend any of the £200 million sat in the bank on at least a striker, with Arsenal looking remarkably short up front.


The win was vital for Mourinho, who will be comforted by big performances from Zouma, Fabregas and Hazard in particular. Their early season hangover seems to be lifting, but Jose’s headache will linger after news that the FA have decided to charge his striker Costa with violent conduct. He will now miss the next three domestic games, starting with their League Cup match against Walsall. It’s Newcastle away next for Chelsea on Saturday: with their title rivals stuttering, Jose will be hoping his side can continue their return to form on Tyneside, albeit without their main striker.