HERE ARE THE PREMIER LEAGUE'S BIGGEST TALKING POINTS FROM THIS WEEKEND 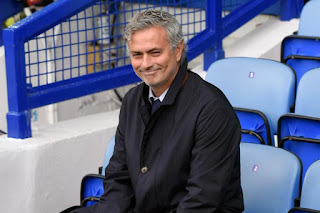 Tim Sherwood is a very unhappy man right now. Brendan Rodgers is battling to save himself from being replaced by Jurgen Klopp while it’s down to two teenagers to do the business for both Manchester clubs. As for Jose Mourinho? Well, nobody really knows. It’s just another eventful weekend in the Premier League. 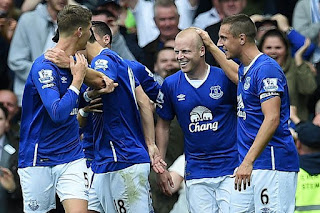 The Premier League was back with a bang with all eyes were on Goodison Park to see if Chelsea could turn around their dismal start to the season. In a match deemed ‘The John Stones Derby’, Jose’s team went from bad to worse, with Everton running out 3-1 winners in an enthralling tie. It was Steven Naismith, on for the injured Muhamed Besic, who scored a hat trick to leave a beleaguered Mourinho reeling. Matic’s wonder strike gave Chelsea a fighting chance, but credit to Everton who impressed and clinched the three points with fight and endeavour.

This time Jose’s excuse was that his tactics computer didn’t work. A petty squabble with Roberto Martinez over the post-match press conference running order has also made headlines. He went as far to say that refugees are under more pressure than him. The Portuguese claimed people will finally be happy to see his supposed suffering, drowning in a sea of paranoia. With four points from a possible 15, where does the Chelsea manager go from here? The big names are still yet to get started and a lack of cohesion throughout the side is desperately worrying for the reigning Champions.

Let’s give credit where it’s due to Everton though as it certainly wasn’t all down to a lacklustre Chelsea performance. The Toffees put on a passionate and capable display, with star turns from youngsters Ross Barkley and, ironically, Stones. As the pressure mounts, Chelsea face Maccabi Tel Aviv in the Champions League but the real test is a clash against Arsenal at Stamford Bridge on Saturday. Is the problem really his players or is it time to hold his hands up and admit responsibility? No more dodging, no more migrant comparisons and no more walking out of interviews. Is the clock really starting to tick for Jose? 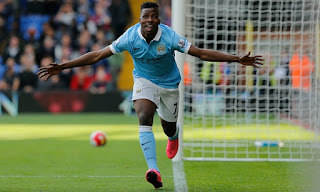 Pacesetters Manchester City kept their unbeaten run going with a 1-0 win in a feisty encounter at Selhurst Park against a spirited Crystal Palace. City had the strength in depth to cope with injuries pre match to David Silva and Raheem Sterling, but star striker Sergio Aguero limping off after a tackle from Scott Dann was a sight most City fans had feared. Enter Kevin De Bruyne, making his debut after his megabucks move from Wolfsburg, and he helped pull the strings and influence City to their fifth straight win in a row.

Jesus Navas should’ve done better after he put his shot wide when he was through on goal, but it was Nigerian youngster Kelechi Iheanacho who wrapped up all three points for Manuel Pellegrini after coming off the bench to score a late winner, with a typical poacher’s goal in the box. At points it threatened to boil over, not least on the touchline, with Pardew and Pellegrini coming to blows. Although the game had been a relatively even affair, City cranked the pressure up throughout the second half and a late winner always looked likely in a wonderfully open and entertaining encounter.

It’s West Ham at the Etihad next in the League for City, but not before their Champions League campaign gets underway, with a tricky home tie against last season’s finalists, Juventus. Pellegrini will be happy to have Sterling and Silva fit and available again, but Aguero’s knee injury is a big blow. Incredibly, it’s been 450 minutes since Joe Hart has conceded a goal: City’s defence look colossal. But Alan Pardew’s side can take solace in running the early favourites close: Palace looked invigorated and it was a battle to the finish. 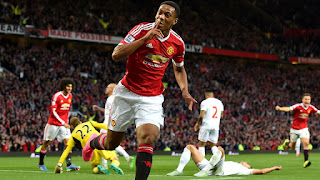 It was the battle of the history boys over at Old Trafford with Manchester United taking on their old school nemesis Liverpool. Both sides desperately needed a win after their pre-international break defeats- and it was the home side that came up trumps. After a dour first half, United drew first blood with Daley Blind breaking the deadlock. That lead was doubled by an unstoppable Ander Herrera penalty, before a magnificent overhead kick by Christian Benteke offered Brendan Rodgers a glimmer of hope.