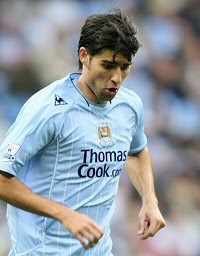 I cannot believe the rumours at the moment linking City’s Croatian right-back Vedran Corluka with a £9.5 million move to Tottenham Hotspur. I think we would be absolutely MAD to sell the 22-year-old; he had a great Euro 2008 and, like I have said before, is looking sharp and very impressive during pre-season. His fellow countryman Luka Modric has already been one of Ramos’ summer signings so he would be in good company, but Corluka is one player for the future. If City are serious about being successful in Europe, Corluka is exactly the player of player the club needs- it would be a big mistake to sell him.