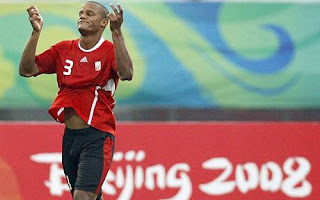 City have signed defender Vincent Kompany from SV Hamburg on a four-year deal for an undisclosed fee. Kompany is set to play in a defensive midfield role and is hoping to feature in the first home game against West Ham tomorrow. He recently played for his country, Belgium, at the Olympics where he reached the semi finals.