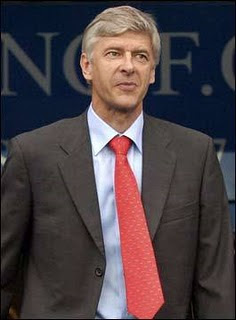 Human nature dictates that a lot of people tend to judge others at face value. That said if you didn’t know otherwise you’d be forgiven for thinking that Arsene Wenger was a rocket scientist or perhaps a brain surgeon. He’s a football manager that a lot of fans must be grateful for, who commands respect. He’s the man who revolutionised the home of football and changed England’s approach to the beautiful game- making it irresistible, continental and brimming with incredible talent.
For a football manager Wenger has an impressive intellectual background. The Frenchman has a degree in Electrical Engineering and a Masters in Economics. He’s also multi-lingual, speaking French, German, Spanish, English, Italian and Japanese. Growing up in a small hamlet in France, Wenger would spend time in his parent’s pub with the local football team, FC Duttlenheim. Engrossing himself in an environment where the conversation was dominated by football: tactics, team selections and skills, made Wenger fall in love with the sport and gave him an impressive early knowledge of the game.
A lot of people may not appreciate and be aware of the extent of the impact and influence that Wenger has had within England. When David Dein confirmed Wenger’s appointment as manager of Arsenal in September 1996, he was one of the first foreign managers to arrive on British soil. Having gained experience and honours at Nancy, Monaco and Japanese side Grampus Eight, Wenger’s transformation was immediate, changing the player’s dietary routines and training sessions. The emphasis was firmly on fitness: junk food was banned with energy-sustaining food introduced. Exercise and coaching sessions to increase stamina, vitality and longevity in matches became regulatory. The senior generation of the squad that Wenger inherited from former manager Bruce Rioch, players like Tony Adams, Lee Dixon, Martin Keown, all benefitted significantly from Wenger’s new methods. As a result, their career spans were lengthened due to the vitalising fitness regimes.
Wenger has also always had an eye for spotting real unrecognised talent and spent intricate time nurturing it. The likes of Nicolas Anelka, George Weah and Cesc Fabregas were all ‘bred’ by Wenger. He is largely responsible for the foreign invasion in the Premier League, with talent like Emmanuel Petit, Marc Overmars, Thierry Henry and Dennis Bergkamp all opting to dip a toe in the Premier League pool under the tutorage and guidance of Wenger. A chairman’s dream, he is also recognised as one of the most financially savvy managers, being one of the only bosses to make a profit on transfers.
Both Arsenal and fellow football fans alike have grown accustomed to watching the Gunners’ attractive and alluring style of football, a style coated in flair and brimming with fluid movement. This type of football has made Arsenal multiple-time winners of the Premier League, F.A. Cup and Community Shield. The side went unbeaten on their travels during the 2001/02 season and, incredibly, both home and away throughout the 2003/04 season. So it remains relatively ironic that, with Wenger’s European influence and approach, the Champions League title still remains unattainable, with Arsenal runners up in 2006.
The manager isn’t without his flaws. His composure has dissolved frequently on the touch-line and many wars of words with both referees and fellow managers have consistently landed him in hot water with the authorities. Some critics scoff that Wenger is rarely gracious in defeat, but isn’t that a sign of a perfectionist? A man who spends his life, inside and out of working hours, entirely submerged in football. A football connoisseur who is respected by managers and fans alike for improving and inspiring the game and for setting a precedent for managers from across the globe to ply their trade in England.
Perhaps he could have been a rocket scientist, I for one am glad he isn’t.