WHO RATTLED HIS CAGE? 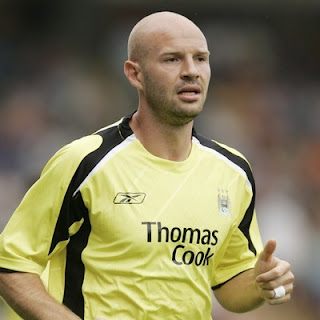 Manchester City's forgotten man Danny Mills has recently spoken out about the future of 'his' manager Mark Hughes, despite the fact that he hasn't played for City since 2006.

"He will definitely be there next season and looking to add to the squad.

"We are all a bit disappointed with the league position...it has been quite a difficult time as individuals and a very unsettling period for the club."

Disappointed with the league position? Difficult time as individuals? I'd forgotten that he was still at City never mind qualifying to speak out about the future of Hughes.