Football Pundette meets a footballer that is one of the best to ever play for his club Manchester City, Colin Bell.
It’s not every day that you get to meet a bona fide legend. A footballer of the highest calibre, one that was so good for the club he played for that they decided to name a stand in the stadium after him.

It’s safe to say that Colin Bell comes under that category. After starting his football career at Bury, he made his name playing for Manchester City in the so-called golden era of football during the 1970’s. He was part of the dream team, playing alongside Mike Summerbee and Francis Lee, winning numerous accolades and trophies for City.
Colin went on to play for England but his career was cut painfully short when he severely injured his knee during a match against City’s arch-rivals Manchester United in 1975. He was only 29 and at the peak of his career.
After recovering, Colin tried to resurrect his playing days in America at the San Jose Earthquakes but decided to call time on what had been a bittersweet but successful career.
“I don’t know if anything made me want to become a footballer. I just thought that I was put on this earth to be a footballer. That is the way it went through the early stages of my life in school; I was always playing football. I always went everywhere with the ball at my foot. I was playing football at school at an early age. I just thought, at the back of my mind, even though I was going through school, I would become a professional footballer. 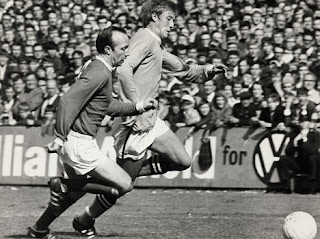 “It’s only in hindsight, years down the line, you realise how lucky you are that it happened that way. There are a million kids that dream of becoming a footballer now and it never happens for them. But fortunately enough for me, it happened. To me it was a hobby and I was lucky to become a professional and get paid for it. There’s nothing that comes better in life than getting paid for something that you just love to do. It was fantastic.”

“50% of the players were Manchester lads”

“There were a lot of Manchester lads, which was great because it was a Manchester team. I would say that about 50% of the players were Manchester lads. You talk about foreign players coming in now: I don’t mind the quality players coming in. I didn’t like it a few years ago when they started to come in but you have to draw the line somewhere. Once the quality players are in, I would prefer to give English players a chance after that. By all means bring quality in if it’s going to improve the team, but at some stage you have to draw the line and say to give the youngsters a try or our own players. It should be a happy medium really.
“During my time at City I was close to three players because they had a similar personality to me, they were quiet and reserved; Alan Oakes, Glyn Pardoe and Mike Doyle. If we ever went away on club trips we would tend to run together and play golf together. We did everything together when we were away with the club, basically because we all shared a similar personality and temperament.
“I was lucky enough to play alongside George Best during my time at the San Jose Earthquakes. He was very special. He will stand out in history as a great player and he really was. The number one thing about George Best, even though he was a great player, was that he was a lovely person. I used to run with him when we played for the Earthquakes. I hadn’t met him before then; of all the times that I played against him when he was at Manchester United and I was at City I hadn’t bumped into him or gone out with him. But for a few months at San Jose I got to know him and he was lovely. As everybody knows, he was a special player. 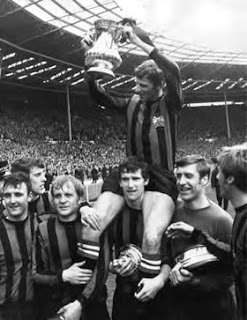 "I look back on my career, and the thing that I am proudest of is when we came out on top after those 42 league games, so I would say that winning the Championship at City was my proudest moment. But the glory one is probably the F.A. Cup, I was lucky enough to win that as well. Both of those come very high in honours really. But my number one thing was when I got injured and I came back from my bad injury to finally be able to finish my career.

“It was against Newcastle at home on a Boxing Day. There were 45,000 fans there and I got a standing ovation from both sets of fans. I had this connection with the City supporters from day one. They just took to me straight away and the reception that I got on this particular day was absolutely fantastic. Football is a team sport, but this day, when I came on as a substitute at half time, it was a standing ovation for me personally. I will always remember that game; it was my number one game. I’ve played for England, I’ve won these trophies, but my number one game was that.”

“The money in football now is over the top”

“The thing about being a footballer is that it is a short career and I do believe that footballers should be paid decent wages because they are entertainers and are classed as entertainers. But the money in football these days is well and truly over the top. It should be a good wage but there should be a ceiling on transfer fees and on wages. Somebody at the top should have done that years ago. I can’t blame the players for taking the money that’s offered to them. It isn’t their fault. I’m sure if you were offered that amount of cash you would just say thank you very much. A lot of footballers would agree they are lucky to be picking up the kind of wages that they are. If they play for three or four years these days players can be set for life.

“But that doesn’t mean I would change when I played. The only thing that I would have probably changed would have been the wages or the pitches. Other than that, the time during which I played and the people that I played with and against, well it was a better era. It was a better time in life and a better standard of football, better everything.

”With that in mind, because it is a short career, players have to knuckle down and be whiter than white, especially nowadays with the amount of press and television coverage. It only lasts perhaps 10-15 years so it isn’t a great length of time. You just have to put the brakes on everything and be whiter than white, that’s how professional footballers should be. I get annoyed or frustrated when they get caught out with drinking or doing things that they shouldn’t do. They should be squeaky clean.”

“City will be one of the biggest clubs in the world”

“City are now moving with the times. The thing that I have always thought about over the years is why has somebody with money never gone into City before because I’ve always considered City as a big, big club. Why we haven’t had interest from people with money before is something I have never understood. I’ve had my fingers crossed for a long time that somebody would finally come in with good and true money and it looks as though that is the case now.

“Hopefully we will be one of the top teams, not just in Britain but in the world. The money was needed without a doubt, you can’t go anywhere without money nowadays in football. Over the last five or ten years the Premier League has become very predictable. It’s always the four top clubs that have got money. It’s unfair to the rest. In my time, everybody in the division had a chance of winning the league because it was the same wages for everybody; everybody could afford the top players so everybody had an equal chance. But now it’s a terrible shame that the other clubs are struggling. 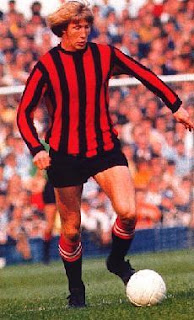