BRIAN HORTON EXCLUSIVE INTERVIEW
"Francis Lee always wanted his own man, but I came out smelling of roses" 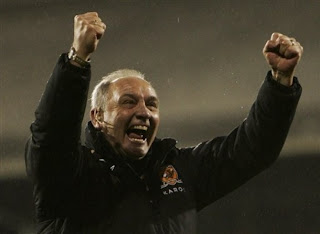 He led City to 6th in the Premier League and the quarter finals of the League Cup but was dismissed at the end of season 1994/95, now he's the assistant manager of Hull City. Brian Horton talks to Football Pundette about his high regard for the blue side of Manchester.

Before Brian Horton's appointment at Manchester City by then-chairman Peter Swales in 1993, the passionate Staffordshire-born manager had managed at both Hull City and Oxford United, saving the latter from relegation. Yet when he arrived at Maine Road he was referred to as 'Brian Who'? Within games he had City playing a charismatic, infectious style of football and signed the likes of Uwe Rosler and Paul Walsh. But when former blue Francis Lee took over as chairman, Horton's days were numbered. Football Pundette grabbed a chat with the man who is tipping his former club for the top...

FP: What made you want to become a footballer?

BH: I was just into football in a big way. I played for my school team as well as playing for my county and district teams. That’s all I ever did. My dad was a good player and it was the only thing I ever wanted to do.

FP: Was football management always an area you wanted to move into?

BH: Well you never think about it. When you’re playing, say between the ages of 27 to 31, you don’t really think about it to be honest. At that kind of stage in your career you are just enjoying playing football and there’s nothing like being a player. Managing is the second best thing basically. But it wasn’t until I got to about 32 when I actually thought about what I was going to do after football. I wanted to stay in football in some capacity. So I played until I was 34 and then went into player-management.

FP: When you were appointed Manchester City manager by Peter Swales, how difficult was it at first, both in the dressing room and with the supporters, dealing with the ‘Brian Who’ response to your appointment?

BH: It wasn’t a problem. I’d had 10 years in football management; nearly five years at Hull City. I had four years at Oxford United and kept them up. I’d done my apprenticeship. I’ve always been a confident person. Going there, I knew the style of football the City fans would want, it’s the style of football I’ve always played as a manager, what I’ve had a reputation for. I won them over by winning games. The ‘Brian Who’ thing didn’t bother me at all, that was just a stupid, pathetic journalist trying to be clever. I won them over by only losing one game of football in my first 10. They loved my football and the players that I was bringing in. It was never a problem for me.

FP: Did the off-the-pitch boardroom tug-of-war with Swales and Francis Lee have any effect on you as a manager?

BH: It didn’t have an effect on me, it had an effect on other people. It had an effect on the media, as they were all speculating and even more so on the players because they didn’t know which direction the club was going in. But as a manager you just have to get on with it, which I did. The fans loved my football. You can’t let things like that effect you as a football manager. 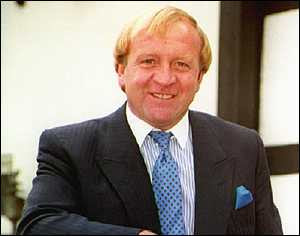 FP: When Lee was appointed as chairman at City, did you feel under any added pressure to achieve success?

BH: Well, he wanted his own man. That was almost obvious from the start so in that sense it was always an uphill battle for me. But I came out smelling of roses because the fans didn’t really want me to go and we were only a couple of players off being a very good team. But that’s football- you have to live with that.

FP: You made many good signings at City, including the likes of Uwe Rosler and Paul Walsh. Who do you regard to be your best signing and why?

BH: There was a few good signings. Walshy (Paul Walsh), Beags (Peter Beagrie), Nicky Summerbee, Uwe (Rosler) and I liked some of the players that were there. They were fantastic and they showed me respect when I came. I did come from a smaller club, but the likes of Tony Coton, he was first class. I gave new contracts to Garry Flitcroft and Keith Curle. Niall Quinn was first class, it was just a shame he picked up his injury. There were some good players and good people there, so it was a good dressing room.

FP: During season 1994/95, you took City to 6th in the Premier League, the quarter finals of the Coca Cola Cup and ensured the club’s survival in the top flight. How harsh a decision do you think your dismissal was?

BH: Well, at the time everybody thought that we were going to Wembley. We had beaten Newcastle away but we suffered a poor defeat against Crystal Palace in the quarter finals and Steve Lomas broke his leg in that game. Then we got a few injuries and finished the season off deflated after being up there. But as I say, I knew deep down that Lee wanted his own man in there so it was inevitable.

FP: It’s rumoured that you found out about your sacking at City from reading the newspaper headlines that day. How powerful do you think the media are nowadays within football?

BH: It’s massive. Since the introduction of Sky, the sport is played out every single minute every single day. In the national press, players are treated like film stars and it’s moved on a million miles. The profile of managers, player s and clubs...it’s unbelievable, it really is. It’s for the good of the game though, good luck to the players. It’s helped everybody to be fair. In terms of media, it’s moved on a million miles. 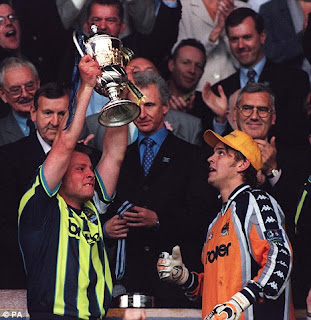 FP: You commentated on City’s Division Two play-off final game at Wembley in 1999 and uttered the words: ‘That’s it, that’s game over!’ when Gillingham’s second goal went in. How did you feel when Nicky Weaver saved Guy Butters’ penalty, securing City’s promotion?

BH: (Laughs) Well I think I also used the words ‘I can’t see any way back’. City fans and players won’t let me forget that moment to be perfectly truthful! (laughs). Every City fan always reminds me of that! So I remind them that they were walking out of the stadium at that time as well so they didn’t think there was a way back. I’m delighted they did it. The way the game panned out was unbelievable, but you couldn’t see any way back for City as they hadn’t virtually ran out of time. I was pleased in the end, but I get reminded of that comment all the time!

FP: Are City a club that you still have high regard for? Do you think the recent takeover is just another circus act or are the club’s ambitions realistic?

BH: No. I think it is very ambitious, but one that is a fantastic takeover because the club and the fans are just waiting there to win something aren’t they. It will happen sooner rather than later. They are some of the best fans and best people that I have ever come across. I still live in Manchester now and I love to go to City. I’m always well received by the people there. Bernard Halford and all his staff always look after me fantastically there. I think that speaks volumes about the time I spent there. People still talk about some of the games from that era; the Tottenham game, the Blackburn game...some of the games were fantastic . I love going back there and I still do lots of things when I can for the supporters.

FP: You have been assistant manager at Hull City for two seasons now. What are yours and Phil Brown’s ambitions for the 2009/10 season?

BH: Well we have done fantastically well. When Phil first got the job and I went with him, getting into the Premier League was part of a three-year plan but we got there in one and that was amazing. We were playing in front of packed houses, we had a great start to the Premier League campaign and just to stay in there is fantastic. Phil and I have a great relationship, along with Steve Parkin, the other coach in the equation and the chairman. We are just planning for our third season now and it’s been a wonderful ride so far. Very exciting times. I’ve just turned 60; I’ve had 45 years in football and I still enjoy it as much as my first day. That’s the main thing about football, you should just enjoy it. Sometimes it’s not enjoyable when you are under pressure and are enduring sackings, but that’s just part and parcel of the game. When you are having good times it’s a wonderful sport to be involved in.